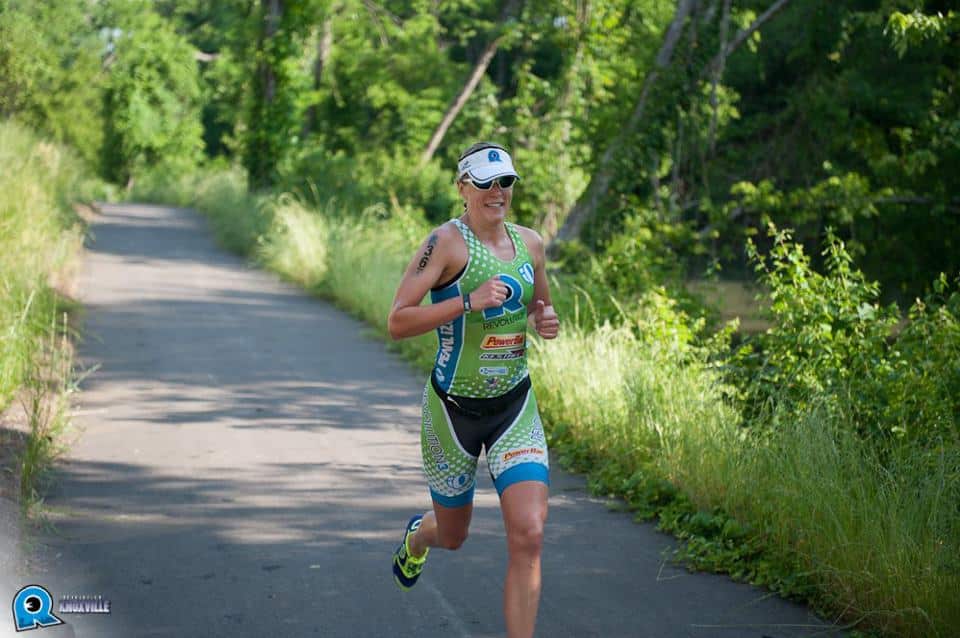 I am admittedly a sports fanatic.  True, I tend to lean towards the sports geared towards my world—swim, bike, and run.  But I can’t help but love a good sporting event.  Who can ever forget during the 1999 World Cup Final when Brandi Chastain ripped off her shirt after scoring the winning goal against China?  And even more what impact that had on women’s soccer and women’s athletics in general after that moment?  Or how about when the very amateur United States hockey team defeated the heavily favorite Soviet Union to claim the gold in the 1980 Olympics?  Sports have the ability to move us, inspire us, to change us, to take hold and make us realize that anything is possible.  They give us hope, not just in sports but to what we can apply to everyday life.  I grew up idolizing Jesse Owens, Wilma Rudolph, and Babe Didrikson.  I was convinced that my parents named me after Jesse Owens.  I would run to and from Condit Elementary, hurdling over bushes pretending I was Babe as a child getting ready for the Olympics.  I was drawn to them not because of what they did in sports, but of the obstacles they overcame to excel.  Sometimes I wonder if I was just a really weird kid.  While everyone seemed to be in love with Corey Haim, I was researching my latest sports hero. When I swim my mind wonders.  Well, when I’m not killing myself in my main set where all I’m focused on is making the interval, my mind wonders.  The other day I was thinking about what was the greatest sports moment I ever witnessed.  I thought about all the Olympic swimming events…seeing Michael Phelps win despite his goggles filling up with water.  Or in middle school when our 4 x 400 ended up coming from behind and winning the big grand finale City Meet.  Or watching Macca win his Ironman World Championship against Andres Raelert.  There are so many I can’t even begin to list them.  And then I thought about how I would define what the greatest moment was.  Was it the biggest in impact on triathlon?  Or was it in sports or better yet society in general?  My mind kept wondering back to this one moment, this one moment back in 2003.  You see, this sports moment was not witnessed by many.  In fact, I don’t think many saw it at all.  But yet in all of my years of fanatic sports watching this one moment just keeps coming back to me.  And every time I think of it–it moves me.  My goggles fill up with tears and I just can’t get it out of my head…and I swim harder and banish any negative thoughts in my mind.  It was the greatest sports moment I ever witnessed, and I might be one of a few people that even witnessed it.

In 2003 I was a First Lieutenant stationed at Fort Hood, Texas.  The war in Iraq had just kicked off, and I knew it was just a matter of time before my unit would be called to reinforce.  I wanted to make my triathlon count, because I didn’t know the next time it would…if ever.  Back then there were no 70.3s.  You either did Olympic Distance or Ironman.  Having a heavy work schedule I chose the Olympic route.  Back then the big races were Age Group Nationals, Age Group Worlds, and a few long standing races that had been around for years.  One in particular was St. Anthony’s Triathlon in St. Petersburg, Florida.  This race was and still is held in April, and at the time it was also a stop For the Elite World Cup race.  What I am getting at is that this race was kind of a big deal at the time.  It was an early tester of who is fit and who to look out for throughout the year.  I did the race every year since 2001, and with deployment just around the corner I knew I wanted to nail it in 2003 because I didn’t know when I would be back.

The race included an “Elite Amateur” wave.  This meant that no matter your age, you could race in the first wave so that it was a true race for the top amateur.  I thought we were going to be the first wave but that morning I realized that they would send off the disabled athletes first.  I remember thinking something along the lines of, “I hope I don’t run over them in the swim,” and really that’s about as much thought that went into it.  As I was doing my pre-race warm-up and rituals, I began to head down to the start line, a beach start in which we would run into the water.  I saw a girl, around my age (24 at the time), also heading to the start.  She was preparing to start right before me in the disabled wave.  As she walked, her body almost seemed to resemble a “Z” shape.  Her shoulders pointed one way, her hips another, and her legs buckled underneath her.  She used no crutches or stabilizer and I remember thinking, “Oh, she must have cerebral palsy,” and again that was about it.  Yes, I was pretty much focused on my race and my race alone. My race took off and I had a great swim and came out of the water a few places back on the lead.  Once on the bike I put the hammer down and took over the lead.  This was quite exhilarating and equally scary.  I was leading St. Anthony’s Triathlon, a race of over 3000 participants.  I was winning, what was I doing, is this really happening…yaddy yaddy yaddy.  I got to Transition 2 and my Dad yelled something and I think we were all in a mixture of shock and excitement.  I took off running…and I was passed in the last few miles and ended up 2nd at this prestigious event.  I was happy, but also disappointed because I realized the reason I didn’t win is because I didn’t believe that I could or should win.  We went back to the hotel and I showered.  I was able to retrieve my bike, break it down and pack it for the flight later that evening.  I went back to the race site and visited with fellow competitors.  I remember they had a good spread of food and we at lunch and just sat around waiting for the awards ceremony.  I sat there, kind of feeling sorry for myself that the victory was just within my reach and I just gave it up.  I went through “the pass” over and over in my head.  Behind me volunteers began to strip down the race site and the bleachers for the thousands of spectators that come to watch.  It was pretty much dead compared to the early hustle and bustle as awards were done and people were just sitting around.  Suddenly a movement caught my eye.  At first I thought it was someone running across the course.  Then I realized that it was actually someone still on the course, moving very slowly and what seemed to be a very disjointed running gait.  And then it hit me—it was the girl I saw at the race start literally hours before, the girl from the first wave.  Her knees buckled together and to the right side of her body, while her hips clearly pointed the other way.  I remember thinking, “How can this girl even run?” it seemed so off center and painful.  I don’t know why but she just drew me in.  I stood up and rushed to the finish shoot, which was nearly all the way torn down at this point.  I could see her coming towards the finish.  Her body askew, but she was still moving, with a confidence on her face that looked like “yeah, I got this” even if it is slower than everyone else there.  Something came over me and I just started cheering, and loudly, going crazy for this girl as she made her way to the finish.  A few other people took notice, mainly because of my loud commotion, and stopped and clapped and cheered.  Her face, there was something about her face…fierce determination, a spirit that I cannot capture in words.  It was the face of someone unwilling to quit, of someone unwilling to take pity, of someone that believed in herself despite many people probably not believing in her.  At that moment I witnessed the heart and courage of a lion.  At that moment I witnessed the greatest sporting moment.

Life has a way of throwing you curve balls.  Sometimes I can be guilty of feeling sorry for myself.  And then I think about Jesse Owens and Wilma Rudolph…or the girl at the St. Anthony’s triathlon in 2003.  They didn’t make excuses for themselves and neither will I.  I have an un-relentless will to make this life count.  And while triathlon is such a big part of my life, it’s more than the actual competitions that mold me into who I want to be.  Yes, it truly is the journey not the destination.  Sports teach us to not make excuses, have faith and courage, and to never ever give up.  And where that lands us who really cares, just as long as we believe in ourselves to make the first step.